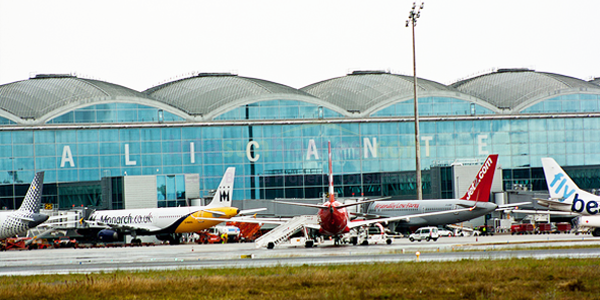 Since January there has been a 20% increase in passenger numbers, travelling through Alicante-Elche airport, than for the same period in 2015. With a total of 1,203,590 passengers handled by the facility, this figure represents a 20% increase on 2015. The figures were announced as the Costa Blanca tourism sector recognised that they have had their best winter season in 15 years and indicated that there were early optimistic signs of a busy summer ahead.

In February, domestic traffic grew by 14.8% while international passenger numbers grew by 22.4%. The British topped the list of passenger numbers with 239,171, followed a long way behind by Germany with 45,250, Holland with 42,184, Norway with 38,828, and Belgium with 37,897. Alicante started this year handling more passengers than Madrid, Barcelona, Palma or Malaga.