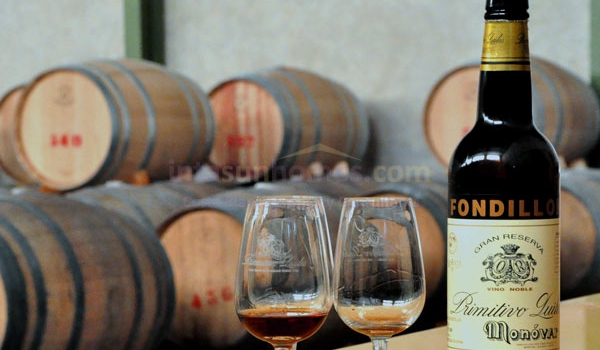 Alicante has a long history of grape growing and wine production, which was probably introduced by the ancient Romans. The Golden Age of Alicante wines was during the 16th and 17th centuries, when they were imported to northern Europe by English, Swedish and Flemish merchants. In 1510 a royal decree prohibited the importation of wine into the province of Alicante while local wine was produced there.

The town of Monóvar was internationally renowned in the 16th century for its Fondillón wine.

Today, many Alicante winemakers are upgrading their equipment and capitalizing on the region's unique terroirs. Wineries such as Bodegas Enrique Mendoza and Bodegas Gutiérrez de la Vega are creating wines that attract attention from wine critics around the world. Alicante winemakers have also rediscovered Fondillón and are working to bring this unusual wine back onto the international wine scene.

The Alicante D.O. is divided into two quite distinctive sub-regions, the costal La Marina and the Vinalopo Region

Soils:The soils are mainly dark lime bearing soils on subsoils of sedimentary rock. By the Vinalopó banks, they are quite loose and sandy with almost no organic material present.

Climate:The climate in the coastal Marina sub-zone is Mediterranean, while the climate in the Vinalopó subzone starts off Mediterranean becoming progressively more continental further inland. In La Marina maximum temperatures in summer are around 30°C and the average minimum in winter is around 13°C, with occasional frost. In the Vinalopó, highs in summer are around 35ºC and lows in winter around 5ºC, with frequent frost.

Rainfall is slightly above 500 mm/year in La Marina but scarce in the Vinalopó, only at around 300 mm/year.

Grapes:As in other grape growing regions in Valencia region, Monastrell is the predominant variety, though Garnacha and Merseguera are also present. Due to the heat in summer the vines are planted as low bushes.

Fondillón: Although it is usually marketed as a dessert wine, Fondillón cannot be easily described or classified. Some versions are dry, while others are sweeter, depending on the grapes used. Fondillón is made from extra-ripe monastrell grapes that are allowed to remain on the vine longer than usual. The grapes are pressed, fermented with their skins for a short time, then aged for at least eight years in oak. Many Fondillóns are aged in soleras, using production methods similar to those used to make sherry. The result is a dark red or amber-colored wine with a high alcohol content, either dry or somewhat sweet. For many years it was thought that the techniques for making quality Fondillón had been lost in time. Fortunately, in the 1940's one Alicante winemaker, Salvador Poveda Luz, decided to re-establish Fondillón. He rounded up a small number of old casks of Fondillón and experimented until he developed the proper production techniques. Today, Fondillón is one of only five wines recognized by the European Union as unique "luxury" wines.

Present day wines of Alicante should not be underestimated as they can more than compete with some of the best wines of the world. Enjoy!!